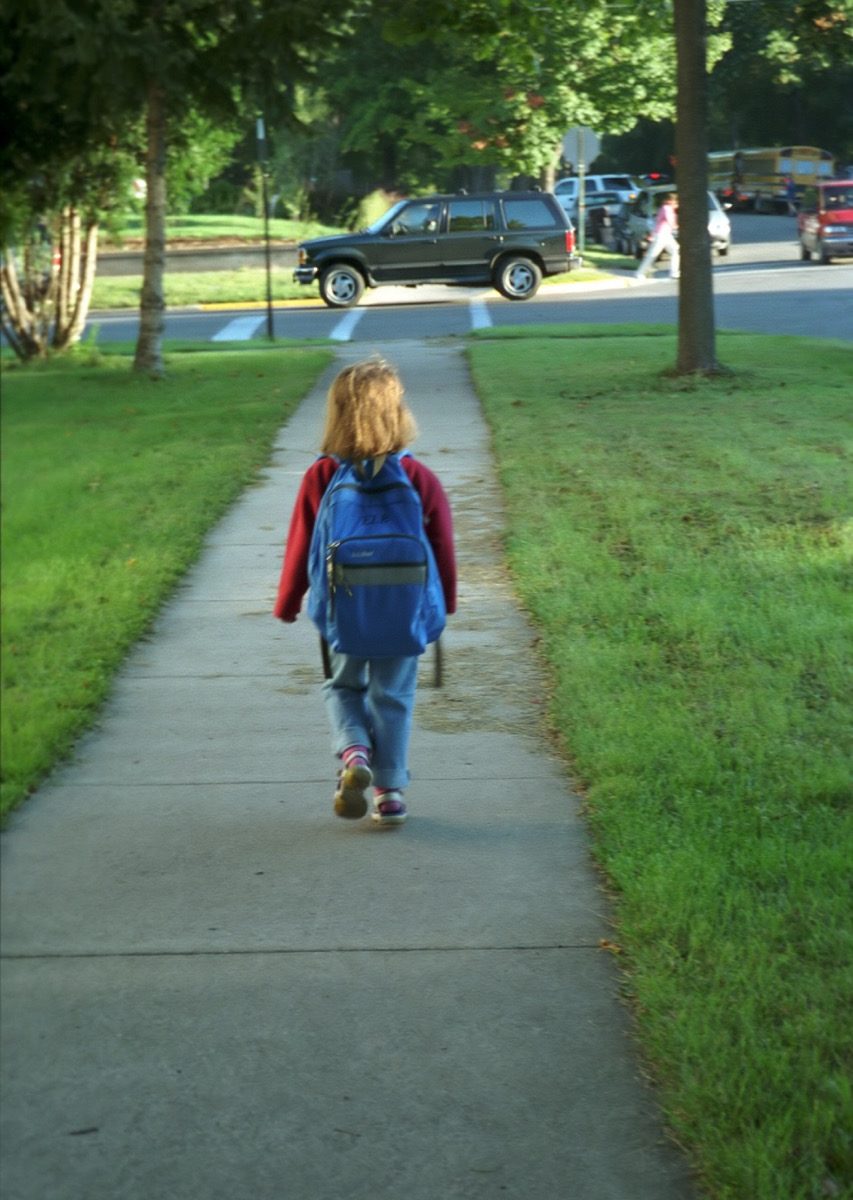 The new Greenvale Park Elementary School will improve the inside-the-building issues from no doors to more security to better tech and has been planned with detailed input from teachers and parents.

Far less attention was paid to outside the school, however, and the golden opportunity created by building a new school to explicitly consider the larger picture of how this school will be more equitable, address climate change, increase transportation options, and connect its neighborhood. Breaking ground this week, the district will start to pave over its once-in-a-generation chance.

How we got here

Here’s the city planning context: during the 1970s and 1980s multiple blocks south of the school were vacated leaving Lincoln Parkway in front of the school as the only continuous east-west street nearby and thus a critical connection for the neighborhood which includes a large retirement community, links to Saint Olaf College, and the only street connecting Viking Terrace on the east and the Dakota County neighborhoods on the west to the larger community. The street is wide and vehicles travel fast.

But as a neighborhood school, walking distances aren’t long. Siting the school and planning the vehicle circulation to allow Lincoln Parkway to connect the retirement community (west), Viking Terrace (east), more homes on all sides, AND the school for walking and biking for all ages, incomes, and abilities could have been a core part of the planning. But it wasn’t.

But the importance of walking and biking is not just my opinion. The City of Northfield has been working one policy update at a time to build a more walkable city. Northfield city policy also points to improving biking and walking around Greenvale in particular; the draft update of the city’s trail, bike, and pedestrian plan identifies safer and more accessible bicycling and walking facilities around K-12 schools as a priority and Lincoln Parkway as a gap in the bicycling network.

Walking (which is shorthand for walking, biking, skateboarding, rolling, scootering…and any other form of active transportation) and building walkable places is good for Northfield in ways which both directly and indirectly benefit schools:

The high costs of driving

No matter how many benefits I can list for walking, driving is almost always more convenient and, for many trips in Northfield, unavoidable. Northfield, like almost everywhere else, has built streets and neighborhoods to make driving easy. Because driving is so normal and so needed, I’m not surprised the school district followed the path of least resistance and accommodated the demand for easy car access.

Yet, I am so sorry that the district didn’t do more because it was such a great chance to help begin to shift the status quo for all the benefits above, but also to help alleviate some of the costs below. Most people don’t consider all the costs or know how our laws and policies subsidize driving or think about doing anything else. But the school district could have helped change the status quo by considering:

Yes, but why does one parking lot matter?

Greenvale’s parking lot matters because placing it between the school and the street helps continue the pattern of designing people out of our places and making active transportation unsafe, unpleasant, and unusual. And new schools don’t get built very often.

Building for walkability means more than “there is a sidewalk.” Walkable places site buildings where they are easiest to approach on foot (usually close to and facing the street) with an obvious and inviting front entrance. Parking is better placed behind (or under) the building and away from the street. Working with the City of Northfield for better crosswalks, traffic calming, and other infrastructure improvements would connect the school to the other side of the street.

Better site design would not have changed the world in one construction project, but de-emphasizing driving (even making it somewhat less convenient!) would have made encouraging walking easier (Hey school district – how about a Safe Routes to School program?), made walking in the neighborhood more pleasant (Age Friendly Northfield and helping older adults stay active!), and helped connect this part of Northfield to the rest of the city (equity!). It would also have shown that the school district truly cares about its students, their health, and the future of the environment they will live in. This project is an opportunity squandered.

I served on the District’s core planning group for Greenvale to raise these issues and I was surprised that the teachers, administrators, and parents in the group provided detailed and thoughtful input about the design of the building. Energy efficiency, locker placement, accommodating the Community School, ensuring efficient placement of social workers and nurses, and planning the traffic pattern inside were all discussed at length. But these dedicated teachers and community members (who said they cared about climate change, science, and student health inside the building) were silent when I brought up how the placement of the building could support their work and values.

After this group concluded its work, Superintendent Matt Hillman bought me a nice brush-off lunch and suggested my concerns were merely a difference of opinion. I am concerned that our school officials – the ones who are trying to educate our children to be thoughtful, critical, knowledgeable participants in our democracy are so quick to fall victim to the fallacy of false equivalence. And, as a taxpayer, I am concerned that short term expedience has prevented thoughtful, critical consideration of the long-term costs of their choices.