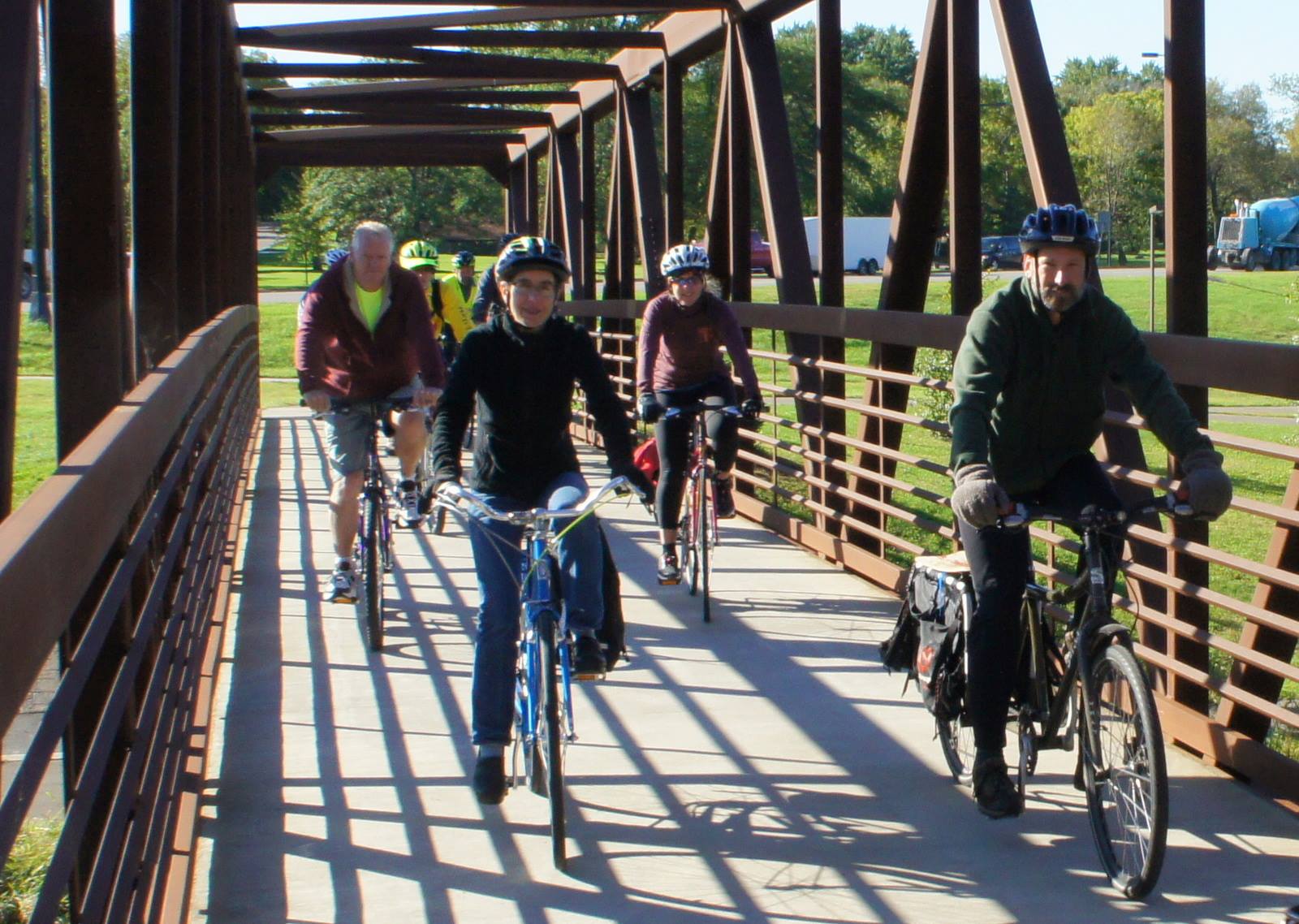 The East Cannon River Trail is the only issue on the Northfield City Council’s special meeting agenda (although there are multiple actions to be taken) tomorrow, Tuesday, April 26 2016 (here’s the packet). While there are multiple pieces in the project puzzle, approving the trail should be easy – no-brainer easy – because building this trail segment is so richly supported by prior planning going back more than a decade. This piece of trail specifically or more general guidance for improving access to the Cannon River and increasing recreational opportunities along it is contained in all Northfield’s major planning documents. The Council can take a big step toward implementing the City’s policy vision by approving this trail.

Right now, there is a section of paved trail beginning at the Peggy Prowe Pedestrian Bridge extending south toward Dundas, but the trail stops behind the commercial development. There have been wetland issues (and the Army Corps of Engineers) to manage (and wetland credits are also on the agenda tomorrow) as well as inter-jurisdictional negotiation (Dundas, DNR). Now, however, the Northfield city staff have lined up all the ducks for the Council to approve, culminating in approving a resolution accepting bids and awarding the contract for the East Cannon River Trail Project.

This piece of trail is important for Northfield and Dundas because it helps achieve a long-term vision to capitalize on the Cannon River as a distinctive natural, economic and recreational resource, provides an off-road link (along the busy and otherwise difficult to walk or ride Highway 3) to a charter school, commercial areas, and three parks (including Sechler Park which is being developed by CROCT as an offroad bike facility), forms another link to the Mill Towns Trail under development, and can be another small part of making Northfield good to walk, great to retire, and highly livable. No wonder it is included in all these city plans:

Comprehensive Plan: The Comp Plan highlights the importance of the Cannon River and applauds efforts “to better integrate the river into the community; its scenic beauty and recreational possibilities afford the possibility for further integration of the river into the community. The Greater Northfield Area Greenway System Action Plan is an important resource in helping with this integration.” Land Use, Community Identify and Economic Develop objectives all identify the Cannon River as critical and expanding access to the river, linking to downtown, and connecting parks, places and people.

The Economic Development Plan makes activating and leveraging the Cannon River one of three key findings for economic success; Northfield’s rich sense of place is considered critical. And, the Transportation Plan contains objectives to trail connectivity between areas of the City including current bike and pedestrian route deficiencies (current as of 2008) such as the east side trail dead ending, lack of trail integration into overall design, and challenges linking downtown with the trail system.

Greenway Corridor Plan: Generally, this plan recommended trails should be considered on both sides of the Cannon River as well as some creeks to link neighborhoods to the river. The East River Corridor (east side of the Cannon River from Highway #3 bridge south to Dundas) was identified as the first priority “because it forms the backbone of the system, due to the potential for development, and because creation of this link will help to create strong support for the system.”

Park, Open Space, and Trail System Plan: The plan identifies this trail connection as a Destination Trail (which neighborhood trails and linking trails connect to the rest of Northfield). Individual park plans for Babcock, Riverside Lions Park, and Compostella Park also note development of an east river trail should be integrated into master planning for these currently underutilized parks.

Gateway Corridor Improvement Plan: This plan to improve gateways into Northfield incorporated the Greenway Corridor and other plans to highlight trail connections and other green infrastructure.

Almost half of the approximately $1 million trail construction cost (with bids substantially less than engineering estimates) is from grants with the remainder coming from the general fund (about $200,000), TIF funding (about $175,000), and the City of Dundas (about $93,000).  I’m not a big fan of grants, believing too often grants are sought to fund projects the City would not otherwise undertake. In this case, however, the plan to build the trail is well established and grant funding has been awarded to complete this well-documented, long-planned project. The City will need to build maintenance of the trail into the budget and CIP in coming years, but the costs relative to the wide benefits of this long-planned trail segment appear very reasonable.

The question of trail surface material must also be answered. In this area prone to flooding, the choice of a paved rather than crushed rock surface would provide a high-quality surface for more users with better durability. The plans for this trail emphasize its importance for access and connectivity; building for residents with limited mobility, children, skateboards, walkers, runners, and people on bikes; choosing the bituminous option provides bigger benefits to more people. I hope the Council will take action to carry out so many of Northfield’s plans by approving this trail project.