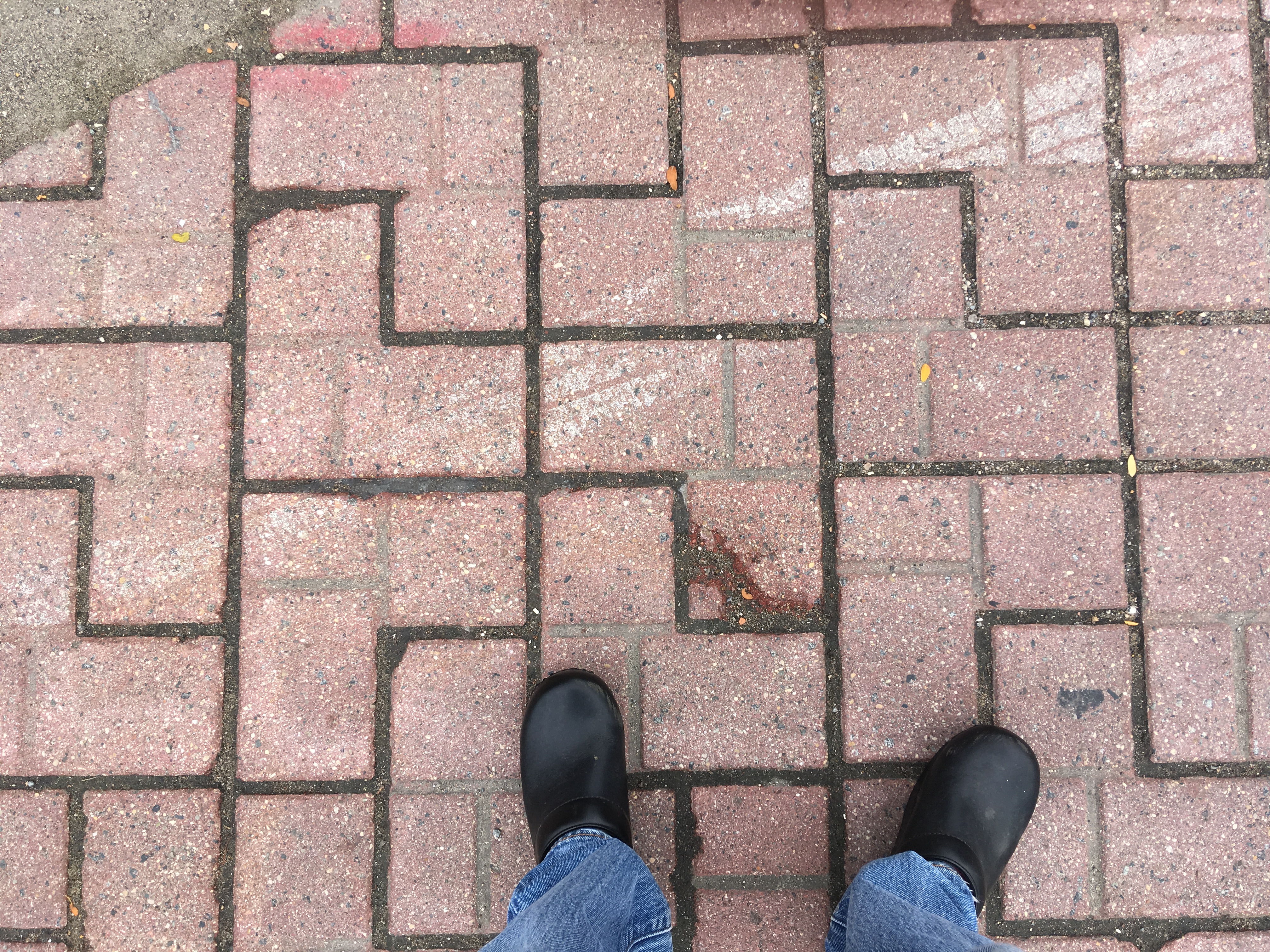 After tripping in the same hole in the sidewalk on Division Street not once but three times in recent weeks, I was relieved to see City workers repairing curbs and repairing trip hazards. Like these:

My current inconvenience and surprise at tripping aren’t very noteworthy as I’m still pretty spry, but I’m thinking ahead to how important safe sidewalks and street crossings will be for an older, frailer me and already are for older adults, people with low vision, those with limited mobility or using aids from canes to wheelchairs.

Northfield is getting much better about constructing safe facilities for walking and doing annual repairs on downtown sidewalks (adding sidewalks on Woodley; the new Division Street), but we can and should allocate transportation resources to do more to help people – all people – travel safely, not just people driving cars.

In some places – Atlanta, for example – lawsuits have been filed by wheelchair users alleging ADA violations because of the condition of sidewalks. I’m not recommending litigation in Northfield, but am advocating for thinking about sidewalks as basic transportation infrastructure like streets and maintaining an index of sidewalk conditions, mapping sidewalk gaps, and building the addition and repair of sidewalks into the CIP and annual budget.

Then there are the other obstacles… 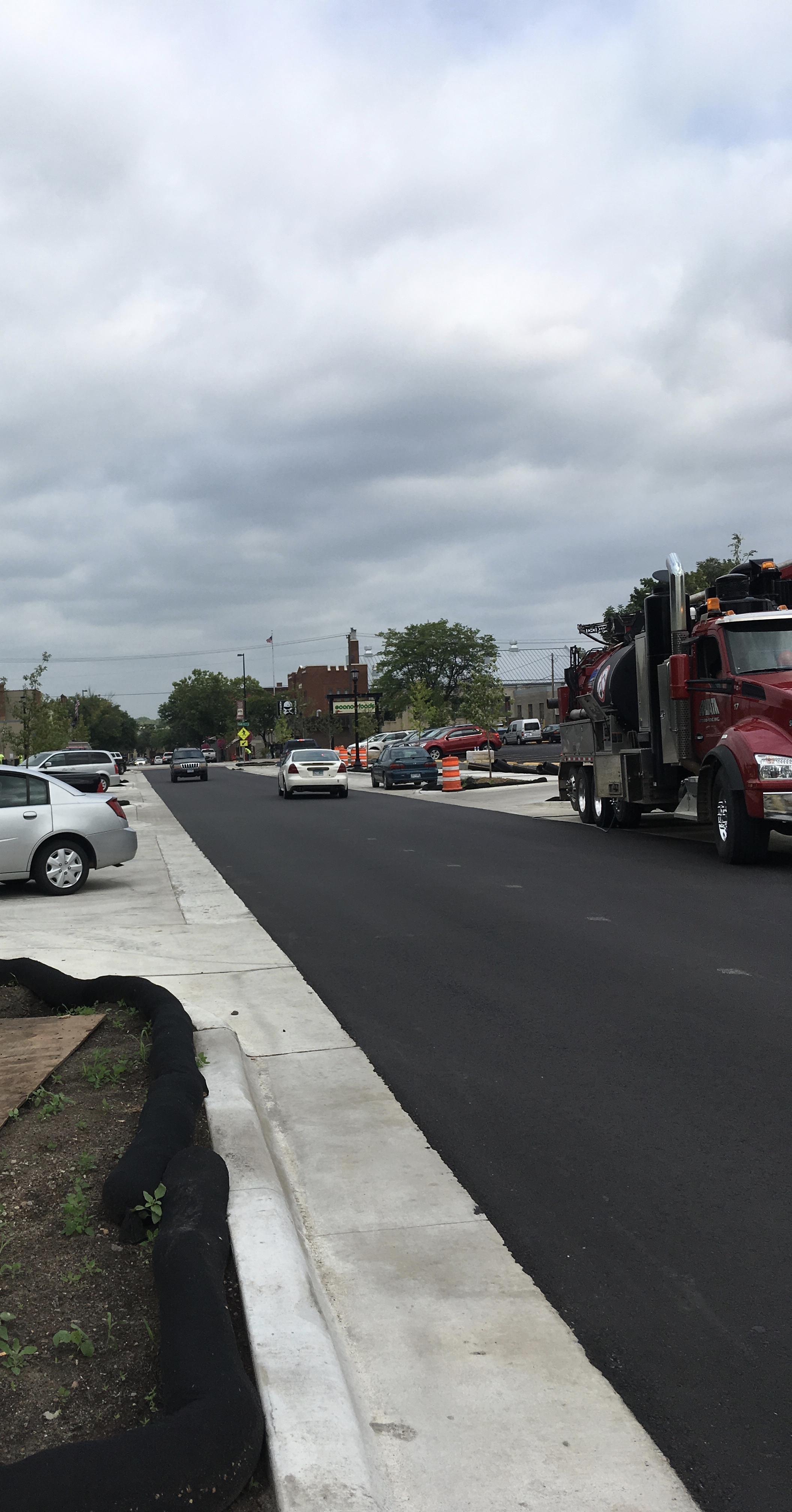 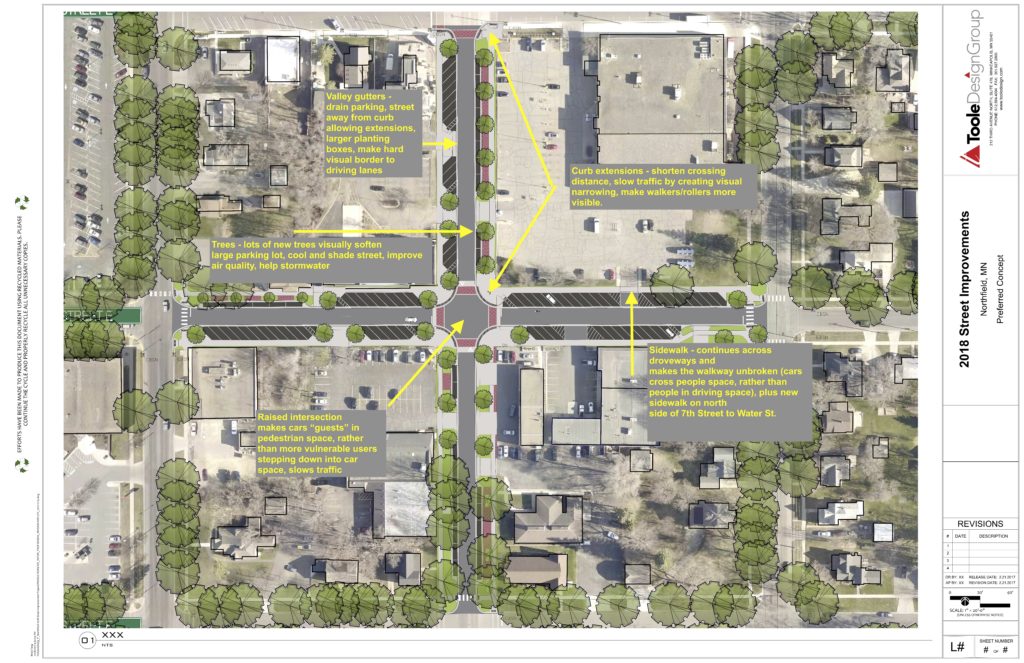 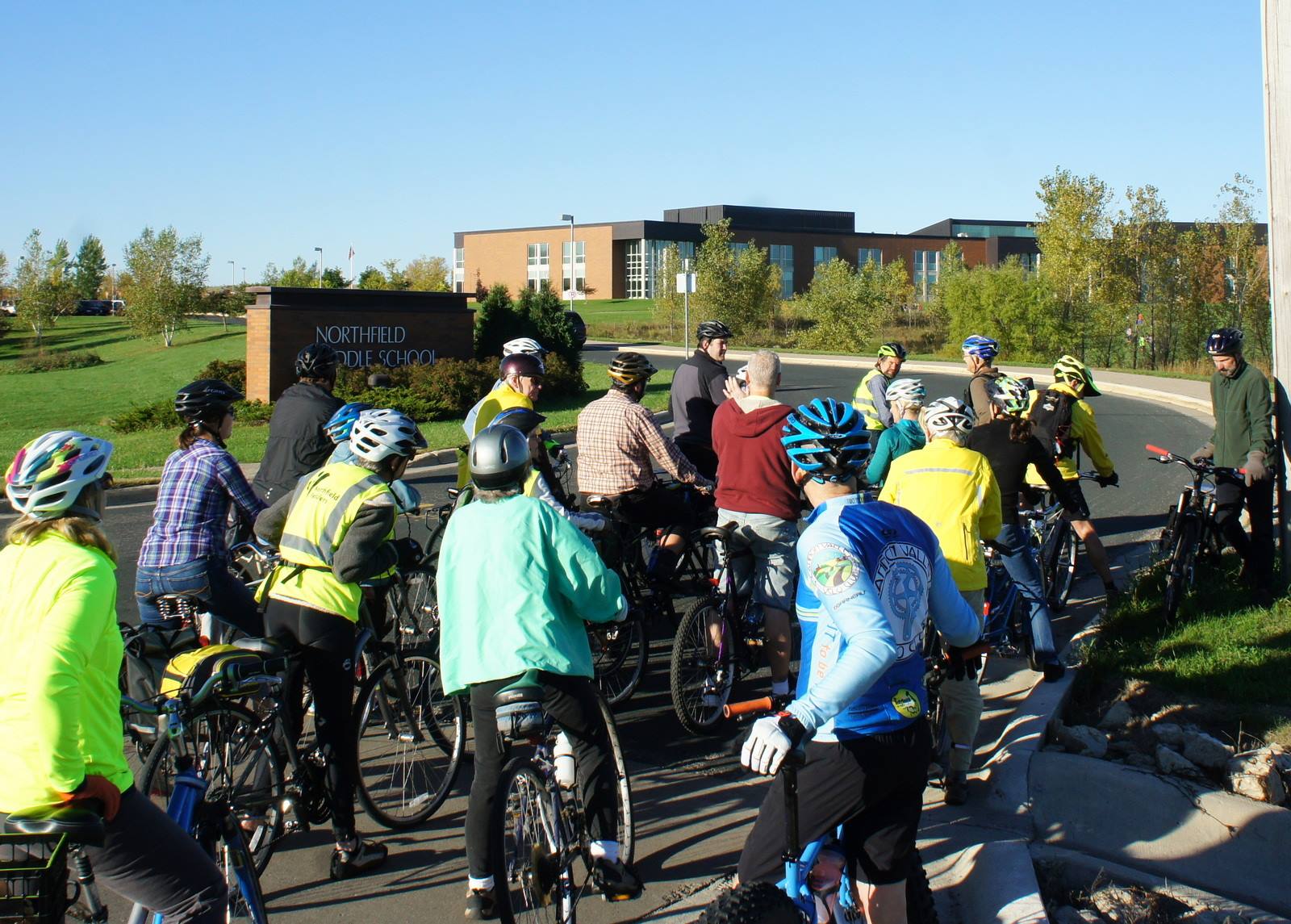 First, thanks to Northfield for starting to plan how to rethink and redesign this intersection (and thanks to continued pressure from residents and the 246 Solutions group for helping move this along). Let’s seize this once in a generation opportunity to reconnect our places by designing this area to improve the safety, walkability, and bike access to schools, community facilities, and neighborhoods.

The opportunity is even more golden than it was even a year ago as the School District is considering building a new high school closer to this intersection and the Mill Towns Trail is planned to be routed along Jefferson Parkway from the Peggy Prowe Pedestrian Bridge to Spring Creek Road (creating an off-road link to CROCT‘s MTB trails in Sechler Park and the the new East Cannon River Trail).

My past commentary: I’ve already had much (critical) to say about this intersection and the history of planning decisions which have put much pressure on this link. From choices made when planning the Middle School (Schools and where to put them) to more recent efforts to improve safety (Still Not a Safe Route to School), to looking to change the conversation about streets from vehicle traffic to community connections (Reimagining Woodley), I’ve been talking about this for a long time. Now that the City is moving forward, let’s think how to help the City make good choices to help us get where we want to go.

Roundabout recommendation: SEH’s study has recommends a single lane roundabout. When the recommendations were presented at an open house in December, the roundabout was not considered a poor choice, but the people at the meeting were concerned there was still no significant discussion of how to help young people walk or bike to school, how people could easily reach the NCRC, how the Mill Towns Trail would work, or how other improvements near the intersection could be added (such as a safe crossing to the high school), or how improving this intersection for walking and biking could reduce the school-related vehicle traffic.

Building support: From the open house concerns came this letter with 75+ signatures urging the City to consider three things (and you can hear Will Schroeer and I chat on KYMN along with a link to the letter there, too, for a multimedia approach):

What can happen next?

Northfield is beginning to think more broadly about how its development decisions and, even better, there is growing interest in how good design can rebuild connections among places including addressing these issues: [2/14meeting documents]. To amplify and extend the points in the community letter, I urge the Council to address these goals and questions:

Again, thanks Northfield for starting working on this critical link in connecting our community!