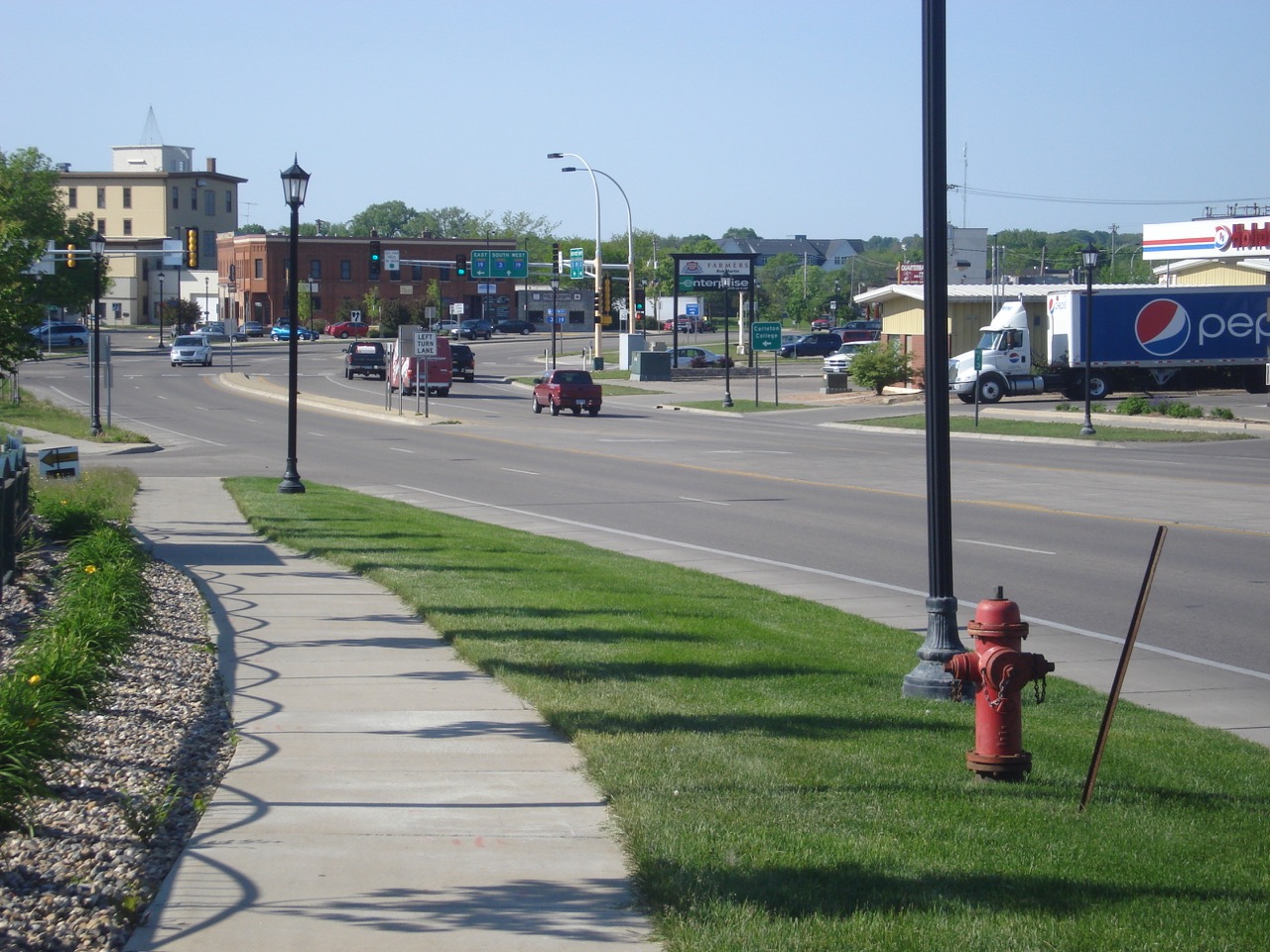 Planning looks ahead to set policy and draft regulations to guide how a town grows. Development works now to get projects approved and built. When the development does not fit the planning, which should prevail? The long-term planning or the money-on-the-table-right-now development?

This is not a theoretical question; planning and development ran smack into each other Thursday, April 19, when the Northfield Zoning Board of Appeals denied multiple variances for a proposed Starbucks drive-thru at the corner of Highway 3 and Second Street.

The Starbucks proposal was a near-perfect example of the type of development Northfield’s recent planning documents sought to exclude from this location, so the unanimous decision to deny the variances could be seen as a clear win for planning (the vote was 5-0; I could not attend the meeting and Jay Jasnoch was also absent). However, the decision should not be considered winning a contest, but the start of some different conversations.

The Planning Vision and Starbucks

The problem: Variances let developers break the dimensional zoning rules if certain conditions are met. In this case, the Starbucks drive-through needed to break rules on where the building could be located relative to public streets and where the drive-thru lane can be placed.

As a major amendment to a Planned Unit Development created under the former zoning code, the proposal needed to follow the C-1 (Downtown) zoning district (East of Highway 3 Subdistrict) rules. The variances requested were (see the site plan below):

The zoning board of appeals may only grant applications for variances where practical difficulties in complying with this LDC exist and each of the following criteria are satisfied:

(a) The variance is in harmony with the general purposes and intent of this LDC; and

(b) The variance is consistent with the Comprehensive Plan;

(c) The property owner proposes to use the property in a reasonable manner not permitted by this LDC;

(d) The plight of the landowner is due to circumstances unique to the property not created by the landowner; and

(e) The variance, if granted, will not alter the essential character of the locality.

NOT the problem: It would be interesting to debate whether Starbucks is a good company, whether Starbucks brews good coffee, whether the Unicorn Frappuccino was misguided, why pumpkin spice lattes take over the world every Fall, whether local or franchise businesses are more desirable in Northfield, whether Northfield needs any more drive-throughs, coffee, or Starbucks but none of these are relevant to the variance decision (but hold these thoughts).

The variance problem. The staff memo found that all variance criteria were satisfied, but the Zoning Board of Appeals decided differently (not the Planning Commission as local media stated – the ZBA and PC are the same people, but when acting as the ZBA the panel has a different, quasi-judicial, role and final administrative decision-maker; as the PC, the body is advisory to the Council).

After watching the meeting video, my understanding is that ZBA members generally agreed about (c): the coffee shop use was reasonable. The plight of the developer was less clear from ZBA members’ comments. On one hand, the site development for the original PUD tied the hands of future development, but the choice to build a drive-through on such a constrained lot was the developer’s choice.

Essential character (e), was alluded to by ZBA comments, but not discussed in detail. I would highlight the distinction I used to start this post of future planning and right now development. Right now, this area is near other highway businesses and a drive-through Starbucks is not out of place right now and it would be reasonable to find it would not alter this character.

But, the Comprehensive Plan and the Land Development Code purpose for this zoning district identify this area (and the Crossing original PUD and Gateway Corridor Improvement Plan peg this corner in particular) as a key gateway into downtown Northfield where development will echo the historic with buildings close to the street, where walking and biking are emphasized over driving, and where the distinctive, Northfieldian place begins. As ZBA members gave their rationales for their votes to deny, it was the conflict with this vision which was foremost and I’d distill the concerns to this: allowing the drive-through would not be a step towards building the planned future essential character and Northfield needed to find a better, more appropriate first step toward the planning goals.

This decision should not be treated as planning killing off development nor of planning winning a battle in the development war or any other adversarial interpretation or the outcome. I’d say the ZBA interpreted the policy documents straightforwardly and applied the rules correctly, but now the problem remains of how to take that first step toward making the planning vision more real.

Why the planning vision matters

Northfield has been developing policy which is increasingly focused on Northfield as a sustainable, distinctive place. “Like Downtown” is not simply a statement about aesthetics from a policy perspective. Downtown is beautiful and beloved, but the pattern of downtown is valuable in other ways for Northfield and extending that pattern makes sense in multiple ways and here are just a few:

Despite the very clear plans for this intersection, right now there is little to make it easy to develop what Northfield says it wants. For a small, walkable, downtownish business, this corner is isolated. Although highly visible from the highway, this location is not a pleasant walk from Division Street (yet) and there are no other downtown-scale businesses to help draw foot traffic. The planned riverfront walkway connecting to the Crossing to the Riverwalk south of 2nd Street has not been completed. The commercial development on the north side of the Crossing is small-scale, but focused inward to the parking lot rather than adding to the Highway 3 streetscape and helping to connect to the corner. The access into the site is constrained by its location on two state highways. The roundabout and interior roadways take a lot of space which might be used better. The south corner across 2nd Street is empty and crossing the street on foot or bike any direction at the 2nd Street and Highway 3 intersection is unpleasant.